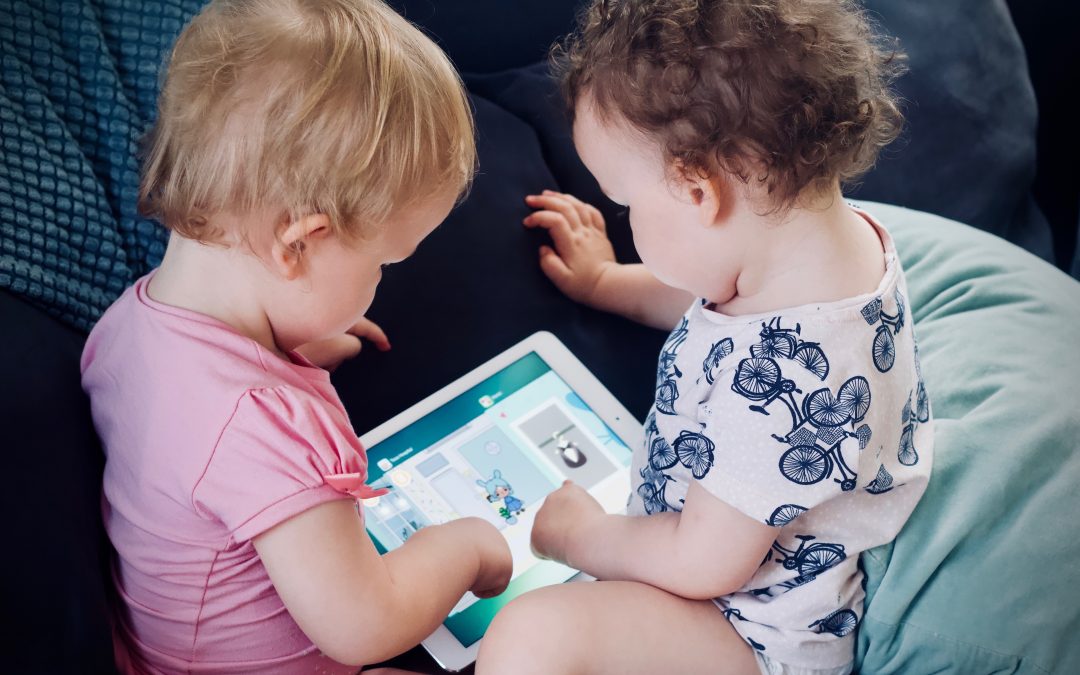 Written by Rebecca Nicholas, chiropractor at Back 2 Balance in Brighton and Hove. She has a special interest in family health including paediatrics and pregnancy care.

I was recently asked by Kallikids to write a blog on safe use of hand held devices. When I asked why this topic specifically, I was told that over Christmas, many kids got given iPads and other generic hand held devices as presents! Now, I’m not blessed with having kids (yet!), but this shocked me, namely because of the expense of these electronic gadgets, and then also the lack of human interaction involved and their ergonomics.

I got stuck in reading and researching to find what is happening out there in the modern world! Read below for some startling facts that I found along the way!

Researchers at Swansea University recently reported a large increase in the number of children receiving treatment for back and neck pain. The British Chiropractic Association’s own consumer research over the years has found similar trends, indeed as far back as 2005, 45% of children had suffered some kind of back pain by the time they were aged 11.

An Ofcom report has found that those aged 12 – 15 send an average of 193 text messages a week, that is four times the UK average of 50. The report also reveals that girls in that age group text significantly more than boys, a staggering average of 221 messages a week!

A new report from Common Sense Media, a child-advocacy group based in San Francisco, found that 17% of children 8 and younger use mobile devices daily, up from 8% in 2011.

The American Academy of Paediatrics say children spend an average 7 hours a day in front of screens.

In a Japanese study, 84% children (10-15 yoa) were regular users of smartphones, which was even higher than the number of desktop computer users (76%).

“So?” you may say, “its the 21st Century, children have to know how to use this technology to survive in the current climate.” True, but if you read the rest of the article you may decide to at least limit their usage.

If children become accustomed to the poor postures they adopt when using hand held devices these may become fixed postural habits that would be difficult to correct when they turn into adults.

These bad postures include:
forward head or “poking-chin” posture
rounded shoulders and kyphotic back
slumped low back or reversed lumbar lordosis.

My suggestion to parents is to pay attention to the children’s postural habits and encourage them to do regular exercise, so as to ensure a healthy development of their bones and joints. In addition to back pain from poor posture, studies have also shown that due to excessive texting with mobile phones, inflammation of tendons and articular degeneration in the thumb joint and index fingers have been reported. The latest smartphones and tablet computers tend to involve the index finger or the thumb to perform the touch functions. Even though the physical actions are very light, frequent repetitive actions last for long hours could lead to excessive strains in the finger joints and the tendons. Even the National Repetitive Strain Injury charity says it’s happening more and more to children and advises prevention before treatment – they recommend many of our tips.

For mobile phones:
Support your arm on a chair or table to take the ‘load’ off the neck and shoulder muscles.
Massage your arm from the wrist to the elbow at regular intervals.
Swap the hand you use to text.
Sit in a neutral upright position – head over shoulders and arms comfortably near the body.
The weight of a phone may not feel much, but it is significantly increased if the arm is held out stretched, as it will increase the load of muscles and joints, so hold close to your body.

For iPads or other mobile devices:
If you are using it for several hours a day, consider a case with an easel or better yet a stand to position it upright to maintain your head/neck position in a neutral position.
Sit in a comfortable upright position with hips approximately at 90° and feet on the floor.
Do not use the iPad on a lap! Children can sit on the floor with the iPad propped up on the coffee table or sitting on the dining chair reading the device on an angled surface. 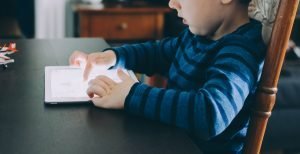 If you want more information and help in keeping your child healthy and safe in the 21st Century, feel free to contact us on 01273 206868 or email us on info@back2balance.co.uk. Chiropractors and osteopaths are experts on the structure of the human body system and pathological conditions. We are the ideal persons to promote, guide and prescribe exercises and treatment to members of the public, in order to achieve the specific goals of improving health and physical fitness.

Here are my final thoughts regarding the use of electronic devices for children. Already reported in the current media is the growing levels of vitamin D deficiency in children, and the commonly cited reason is that modern day hobbies are now found inside the home rather than when I was a kid, playing outside in the dirt with my brother and friends. Then there is the obesity pandemic occurring in the population with children now starting out their first decade obese from lack of exercise (I don’t really think using your finger very fast on the iPad, in one common game counts as exercise!). There is also some growing body of research suggesting high levels of radiation from wireless and bluetooth devices (switch this setting off), and even psychologists are blaming the increase use in electronic devices in behavioural problems, sleep problems and interaction problems. All I know is that it’s a shame to see families out for dinner, with the kids ‘kept quiet’ on the iPad, and teenagers walking around the town with their heads buried in their phone, completely blasé on what is going on around them and the beautiful world we live in.

I would love to know what your thoughts about children and electronic devices. Comment below and we can put the world to rights!